The city of man by Adriano Olivetti, become a world heritage site 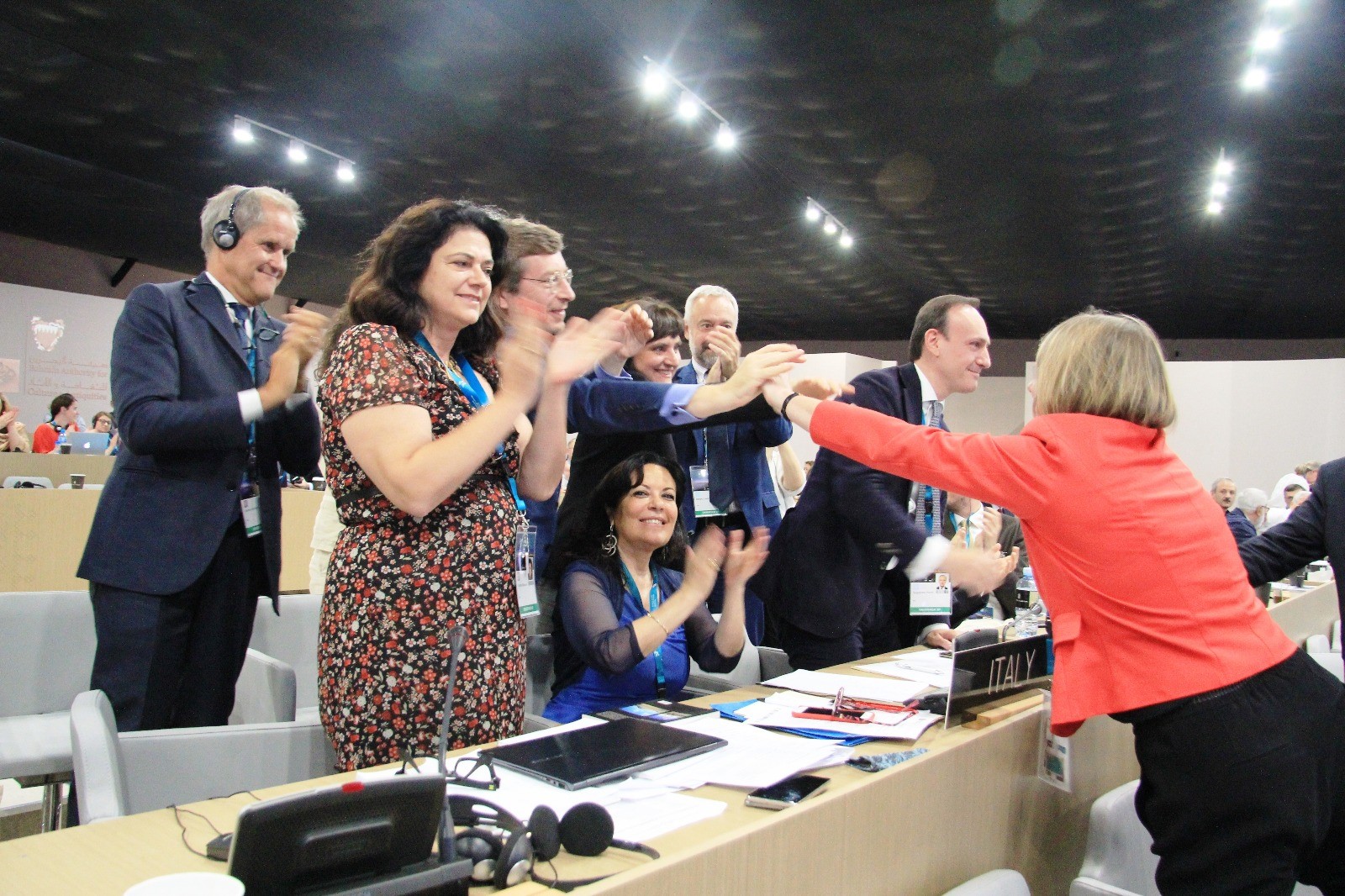 Sunday, July 1st 2018 at 11.30 am in Manama, the capital of Bahrain, the UNESCO World Heritage Committee officially included “Ivrea industrial city of the XX century” in the World Heritage List.

The industrial city of Ivrea was built between 1930 and 1960 by Adriano Olivetti, following an alternative design to the national and international experiences that had taken place during the twentieth century and which had been developed following two different models. On the one hand, company towns such as Crespi d’Adda, and on the other, the industrial systems that were established in large urban conurbations, which had an invasive influence on social processes because of their production policies.

The industrial city of Ivrea continues to be an exceptional example, both because of the quality of the suggested solution and because of the implementation methods.

The site consists of the set of achievements related to Adriano Olivetti’s industrial and socio-cultural project. It consists of a group of buildings designed by the most famous Italian architects and urban planners of the twentieth century. This is furthermore recognizable in the urban fabric of the city for its overall design in the selection of its most significant elements. One can distinguish real industrial areas and buildings, with others intended for residence and social services. This area is mainly identifiable along the axis of Corso Jervis, which is the epicentre of the production buildings, the factory and the city’s social services and residences. These can be considered among the most significant examples of the innovative policy started by Olivetti.

The architectural heritage of Ivrea is also a milestone in identifying those repertoires of architecture and urban planning of the late twentieth century that constitute the different ways in which technical cultures have attempted to respond to the crucial issue of regulating the growth that cities and territories invested by industrialization processes would face. In fact, for the first time in Ivrea, the Olivetti factory culture and the experience of the Community Movement involve architects and urban planners from Italy in the overall design of the city.

The Nomination process begins in 2008, the year of the Centenary celebrations of the birth of the Olivetti Company. The specially created National Committee was promoted by the Adriano Olivetti Foundation in collaboration with the Municipality of Ivrea and the Polytechnic of Milan. The National Committee was established by the Ministerial Decree of March 20, 2008. It was financed by the Ministry for Cultural Heritage and Activities and Tourism (MIBACT), the Piedmont Region and the Adriano Olivetti Foundation. During its four-year activity, the Committee consolidated its reflection on the theme of the enhancement of the modern architectural heritage of Ivrea. Thanks also to the contribution of national and international experts, it was possible to develop the prospect of nominating Ivrea as “Industrial City of the XX Century” in the UNESCO World Heritage List. In 2009, the Adriano Olivetti Foundation was appointed by the Municipality of Ivrea to undertake the first phase of the application. It worked, with the collaboration of MiBACT, to obtain the inclusion in the Italian proposal list (Tentative List) of Italian candidate sites to become part of the UNESCO heritage.

Download the guide Ivrea industrial city of the XX century in a podcast. 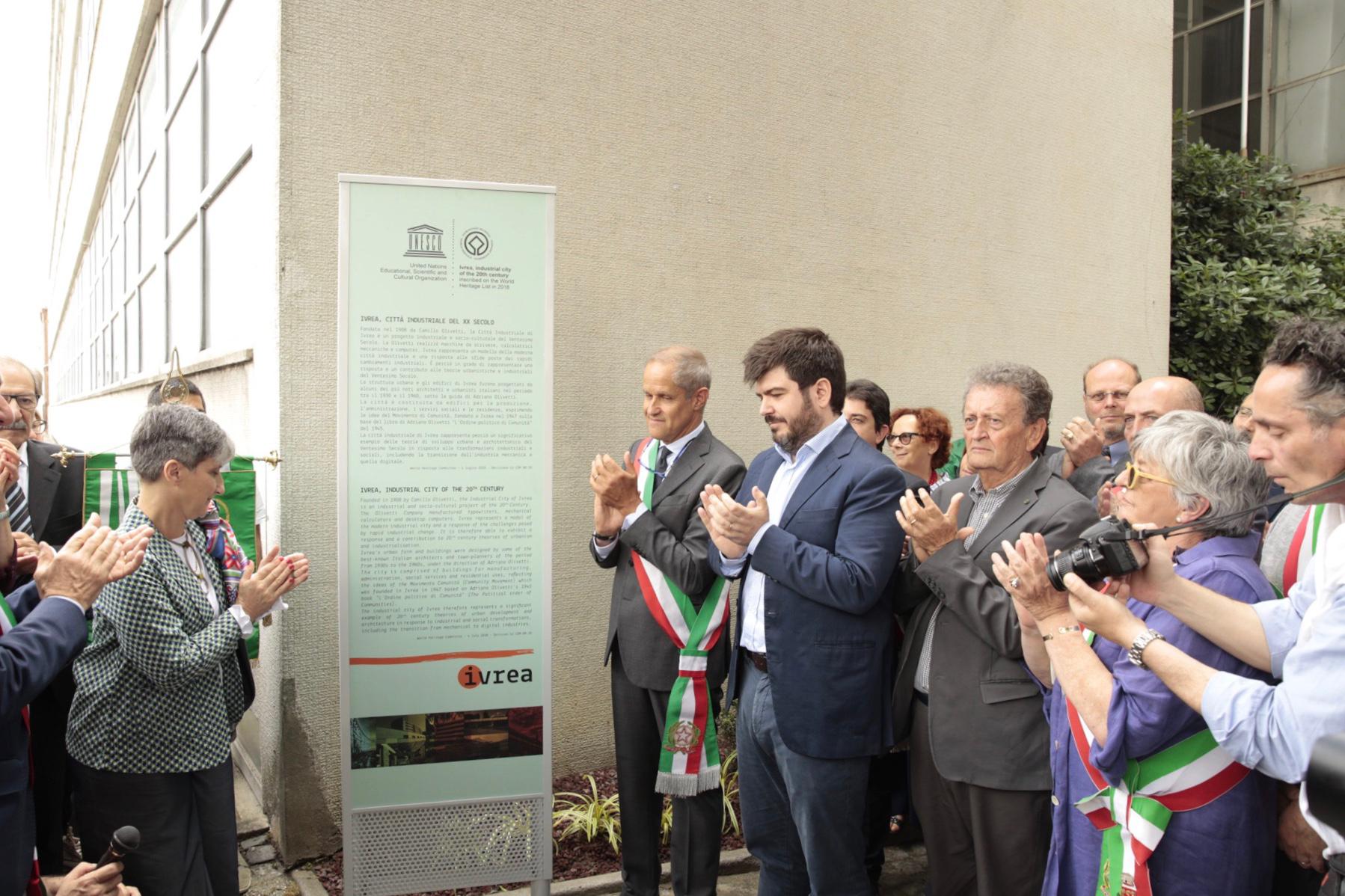